Last Week: What a week! Markets scrambled to adjust to an unexpected victory for Republican presidential candidate Donald Trump, shaking off their initial jitters at the surprise outcome, ultimately pricing in a reflationary environment after Trump assumes office in early 2017. An expected policy mix of tax cuts and increased defense and infrastructure spending, along with reductions in government regulation, boosted the market’s animal spirits, sending interest rates, the US dollar and equities to multi-month and record highs respectively.

This Week: Pre-and post-election discussion on fiscal policies have drowned out much of the recent economic data and Federal Reserve commentary, but the two competing forces will merge in the week ahead as post-election impacts may show themselves in upcoming data releases.

Data on retail sales, consumer inflation, manufacturing, homebuilder sentiment and the Fed’s survey on the business outlook will be watched closely for signs the data conveys optimism similar to that which was reflected in the stock market last week. The first post-election comments from Fed Chair Yellen will dominate the newswires on Thursday, where she is expected to express her enthusiasm for working with the new administration and reiterate that a December rate hike is still on the table.

Across the Atlantic, the UK has some major data releases that will likely go some way to determine whether we are at the beginning or near the end of the latest GBP rally, while in the Eurozone, Tuesday will be key as the forward-looking business sentiment survey will be released along with Q3 GDP estimates from Italy, Portugal and Germany.

Take-Away: The election results have achieved – at least for now – a goal that has eluded the Federal Reserve for years: a sharp increase in growth and inflation expectations. Markets are watching closely to see if the expectations will last into the weeks ahead. Regardless, the current robust response from markets will keep the Fed on course for a rate hike at its December meeting.

Based upon years of extremely accommodative monetary policy measures, we’ve long believed the Fed was reaching the limit of what it could do to stimulate the economy further, looking to the fiscal side – politicians – to finish the job. A Trump presidency could break the political gridlock and unleash fiscal policies necessary to pull America’s economy out of the slow lane of economic growth. While we feel the Fed sees an improving case for a series of rate hikes, a detailed fiscal plan from the Trump admiration will help determine if such a scenario materializes. While the situation remains fluid, here’s what we’re currently expecting from a Trump presidency –

Further out on the calendar, market and economic data will muddy the view of the economy in the weeks and months ahead, and the looming political battle in March over the debt ceiling suspension will be the first major issue the Trump administration will face. Regardless, we’re encouraged by the change in the US policy order from one dominated by the Fed to one that’s a balance between the monetary and the fiscal. The sooner Trump’s official fiscal agenda comes into view, the better. 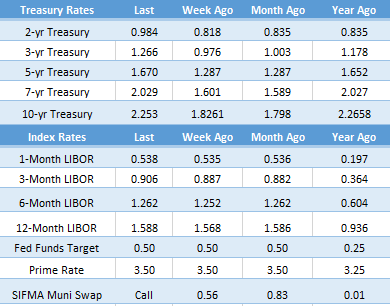 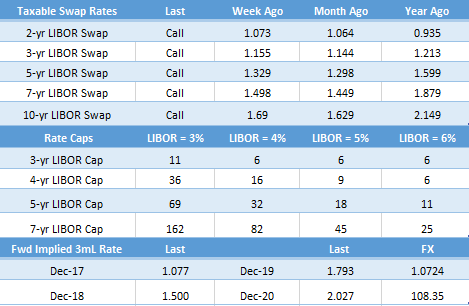 Click here for more DL Reports
Deer in the Headlights Buckle-Up, the Trumponomics Train is Coming
Scroll to top