Last Week: Overall a quiet one, the highlights of which were a meeting of current and old Fed Chiefs and the release of  FOMC minutes that reinforced our view that officials will hold off tightening again until at least June. A corollary however, is that more tightening is likely and more than the market is currently anticipating. The 10-year Treasury traded lower by 4.9 bps to 1.72% while 1-month LIBOR also traded lower by 5 bps to .4347%.

This Week: A lively week ahead for US data and Federal Reserve speakers, with retail sales and data on consumer prices taking center stage. The data isn’t expected to change our view that America’s economy continues to grow at a slow but steady pace. Corporate earnings season has begun and economists will attempt to rationalize what’s expected to be a weak read on corporate profits. The question is, what’s causing it, the double whammy of weak commodity prices and a strong dollar or just slower growth? Do weak earnings portend a recession?

Take Away: The recent global anxiety about US interest rates has waned – the latest Fed guidance is being read broadly as dovish for the moment and has provided relief to markets everywhere.

However, focus remains very much trained on the global backdrop both for its direct impact on market sentiment and for its importance in the Fed’s thinking. Lately, there’s been a chorus of Fed speakers mentioning the significance of the global economy and the potential for downside global risks as a reason to delay the next Fed hike.

Focus on the economic state of the world isn’t anything new though, as interest rate traders have been forced to be oil traders over the recent months due to black gold’s influence on Fed-think and interest rates. Now, Rates traders are forced to be currency traders as well, as a sudden strengthening of the Japanese yen recently caught the world’s attention as the next possible shoe to drop.

Why should the Fed care about Japan and it’s currency you ask? Here’s a primer:

Japanese data set for release this week should confirm it’s sad state: look for data on Industrial Production, GDP, retail sales and exports to confirm that the Japanese economy shrank in Q1. If so, the Fed will have yet another reason to push back any planned hike in US interest rates. 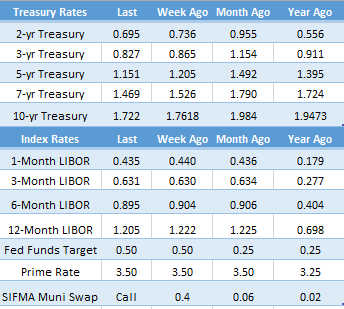 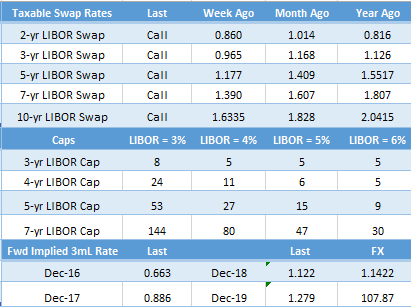