What You Missed Last Week: Short-and long-term interest rates fell, and equities retreated from recent records amid rising COVID-19 cases and a potential increase in the capital gains tax that had investors questioning high equity valuations. The yield on the benchmark US 10-year Treasury note held flat at 1.56%, as both 1-month LIBOR and SOFR both drifted lower, hovering just above record lows. The price of a barrel of West Texas Intermediate crude oil declined to $61.85 from $63.35, while the US Dollar weakened, and Gold strengthened. Treasury yield volatility, a key driver of the cost of rate caps and swaptions, fell throughout the week.

Biden capital gains tax proposal rattled markets.   The President will seek to raise taxes on millionaire investors to fund education and other spending priorities. As part of the plan, Biden will pursue an increase on the tax on capital gains to 39.6% from 20% for those Americans annually earning more than $1 million. The president is expected to release the proposal formally next week to fund spending in the $1 trillion American Families Plan. It’s the second “soft infrastructure” phase of Biden’s infrastructure plan, which could include measures aimed at helping US workers learn new skills, expand subsidies for childcare, and make community college tuition free for all.

Our take: Risk markets – especially stock markets – do not like it when politicians say they are going to raise capital gains rates. It should be no great surprise that capital-gains taxes have come into focus, as it would have a far greater impact on the wealthy than the poor. It was the scale of the proposed tax increase that came as a nasty surprise to markets last week. Of course, this is the start of a negotiation; the effective top capital gains tax rate of up to 43.4% for individuals earning $1 million or more is where Team Biden will start the bidding.

What would a higher capital gains tax rate mean for interest rates? To understand its impact on interest rates, we first must look at how it impacts the stock market. History shows that over the long run, any hike in capital gains tax rate tends to have little impact on stock or bond markets. When looking back at the last three capital gains tax hikes, in 1987, 1988 and 2013 specifically, stocks fell in the run-up to the tax change, but more than made up for it shortly thereafter. The same can be said for earnings multiples. For households, history shows that they sold some of their equity holdings before the hikes, but more than made up for it via new purchases shortly thereafter.

While the details of the proposed tax hike are murky, if the US government manages to raise tax revenues from it, it could cap long-term Treasury yields in the months ahead as investors move to buy US Treasury bonds after selling stock holdings to crystalize gains – or losses – for tax purposes near year’s end.  After that, interest rate moves would resume taking their cues from their more permanent influencers: monetary policy, Treasury bond auctions and the performance of the macro economy and the like.

Bottom line, a capital gains tax hike is likely to happen in some form, and will weigh on markets then, albeit temporarily. Tax increases are a non-starter for Republicans, which leaves little chance that Biden’s tax increases will see passage via reconciliation. It’s much more likely that they’ll be codified into law via a much smaller bipartisan plan. Under either scenario, higher taxes on investment income or a smaller future fiscal push toward economic nirvana – due to a thin tax structure to pay for it – will blunt some of the positive impact from fiscal stimulus and give the Fed an even longer runway before it starts tapping the brakes on its easy money policies. Despite news organizations trying to sell the drama, higher taxes for corporates and the wealthy aren’t going to crush the economy, and are likely necessary to pay for stimulus and infrastructure spending.

Think the transition from LIBOR to SOFR in commercial real estate or bank balance sheet loans is a done deal? Think again. There is growing momentum behind a couple of reference rates that are competing with SOFR to replace LIBOR. AMERIBOR and the Bloomberg Short-Term Bank Yield Index (BSBY) contain many of the desirable aspects of LIBOR that SOFR doesn’t, such as credit-sensitivity and forward-looking term rates. The momentum is building so fast that the commercial lending head of one of America’s largest banks (who shall go unnamed) sent an email to thousands of its borrowing clients introducing them to BSBY to explain its attractiveness as a LIBOR replacement. Additionally, a large regional bank formally announced its plans to use AMERIBOR in place of LIBOR for the largest portion of its non-syndicated commercial loans currently indexed to LIBOR. We suspected this would happen a few years ago.  Behind the scenes we were probing our capital market contacts for their thoughts on the transition.  Many spoke on condition of anonymity that in their opinion, SOFR’s strucutre could pose a serious disruption and were waiting for alternative indices to emerge.

Why you should care: You could be presented with a term sheet any day now that uses one of these two reference rates instead of LIBOR or SOFR. Obviously, you will need to understand how alternative rates differ from LIBOR in determining the attractiveness of the loan terms. We’ve got you covered – reach out to us for an in-depth download.

What to Watch This Week: It’s all about the Fed’s monetary policy meeting this week. While no one expects the Fed to alter its stance on interest rates, given that the economy has begun to recover at a quicker pace since the Fed last met in March, we expect Fed Chair Powell & Co. to feature a more upbeat description of recent economic activity in its post meeting statement.

Other than that, the Fed policy statement will contain no surprises, and reiterate the Fed’s willingness to allow the economy to absorb higher inflation for a long period before it hikes interest rates. Such a stance will keep short-term rates anchored near zero. With core inflation low, the unemployment rate at 6%, and significant slack in the jobs market, it’s just too soon for the Fed to even hint at pulling back the stimulus punch bowl any time soon.

For economic data, tier-1 gauges on durable goods (Monday), consumer confidence (Tuesday), the first reading of Q1 GDP (Thursday) and personal income and spending (Friday) will all coalesce into a picture of broadening economic recovery on the back of an increasing vaccination rate.

Big Picture: There is growing awareness in financial markets that the Biden administration’s spending is going to have a lumpy effect on the potency of fiscal policy. As pieces of the proposed infrastructure plan drip into the economy in the coming quarters, any positive feedback into risk assets – like stocks or real estate – will be blunted by tax increases.  Political wariness toward even bigger fiscal deficits is growing and ensures that any new fiscal stimulus measures must be accompanied by plans to (partially) pay for them.  And when considering infrastructure plans, it will soon become painfully clear that the economic benefits of building big physical infrastructure projects take time to have an effect; the taxes needed to pay for them have an immediate, often negative, but temporary impact. 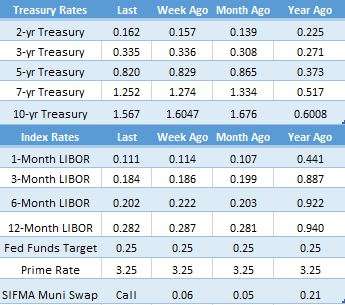 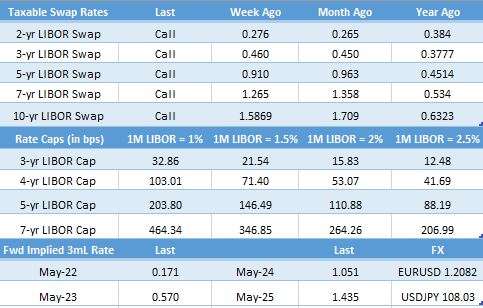 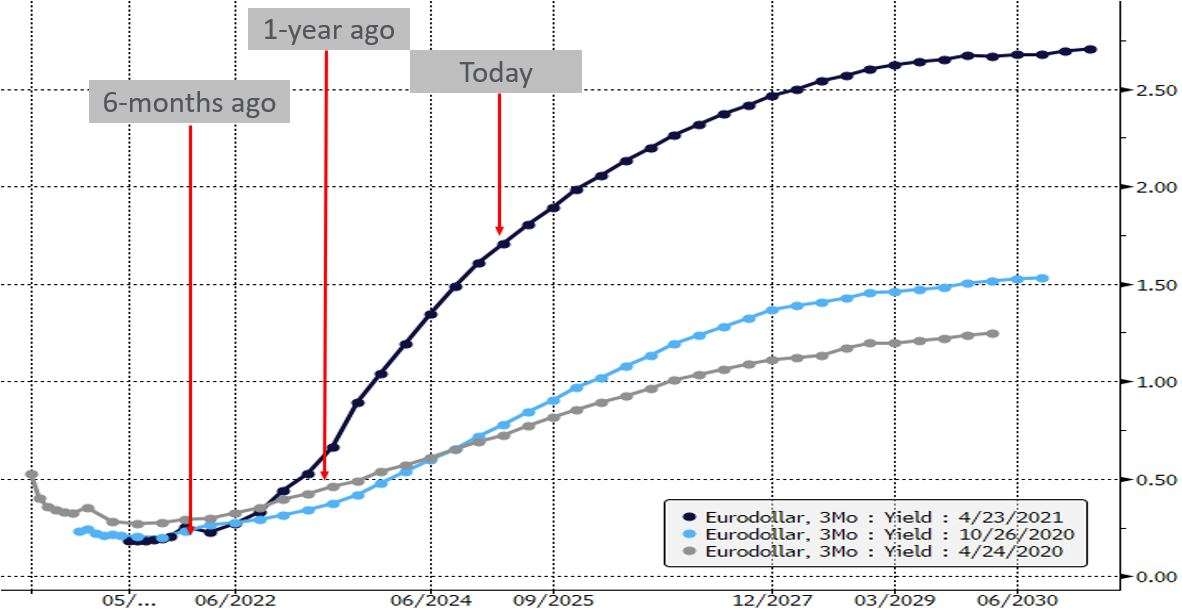 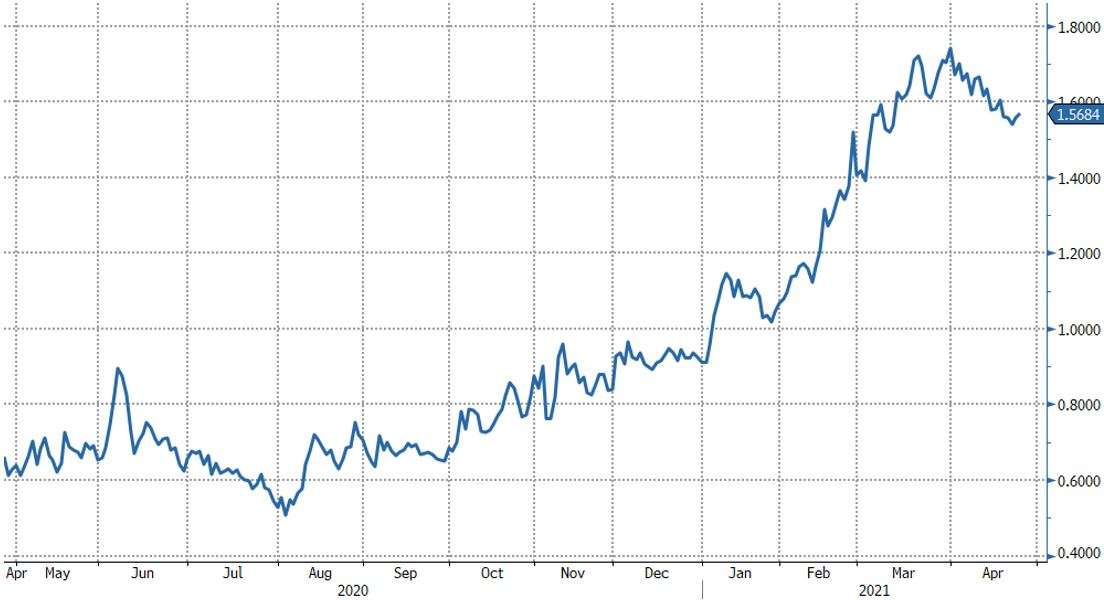