Last Week: Interest rates fell while equities firmed despite some midweek volatility surrounding North Korea’s missile launch over northern Japan. US 10-year Treasury yield fell six basis points to 2.14% on the week and 1-month LIBOR also fell to 1.2305% from 1.2388% the week prior. Oil dipped 80 cents a barrel to $46.75, the US Dollar traded flat and Gold rallied. After spiking higher on Tuesday, market volatility, as measured by the Chicago Board Options Exchange Volatility Index (VIX), ended the week lower, at 10.3 from 11.9 a week ago.

The much-anticipated US Jobs Report left us wanting. History shows that August is traditionally one of the slowest months of the year for new hires, and this August was no exception.  US nonfarm payrolls rose a less-than-expected 156,000, missing estimates for a 180,000 rise. The unemployment rate ticked up to 4.4% from July’s 4.3%. Adding to the woes, payrolls for the prior two months were revised lower by a combined 41,000. On a brighter note, the August Institute for Supply Management manufacturing index reached a six-year high of 58.8, up from 56.3 in July. Manufacturing data across the developed world have come in on the firm side, suggesting the synchronized global economic upturn remains intact.

US growth was revised higher. The US economy grew at a 3% annual pace in the second quarter, an upward revision from the 2.6% pace reported in July. Spending was robust by both consumers and businesses in Q2, with capital expenditures expanding at an 8.8% rate, the fastest in nearly two years. Adding to the good news, corporate profits rose 8.1% year over year. For the most part, the US economic backdrop is looking solid, but skepticism mounts each week. What could possibly go wrong? There’s no shortage of potential pitfalls: premature Fed tightening, geo-political flare-ups, China’s economy teetering on a credit-induced collapse and the looming debate over the US debt ceiling to name a few.

Trump stumps for tax reform. US President Donald Trump travelled to Missouri to pitch the case for overhauling the US tax code, but offered few specific policy proposals beyond calling for a code that is fairer for lower- and middle-class Americans and for the corporate tax rate to be lowered to 15%. Tax reform faces an uphill battle, with an already packed legislative calendar set to become even more crowded as lawmakers begin to address disaster relief for the Texas Gulf Coast.

This Week: Following the disappointing jobs report showing below-consensus payrolls, rising unemployment and tepid income growth, combined with the backdrop of devastation from Hurricane Harvey, markets will be watching the tone of a full slate of scheduled speeches from Fed officials. Any hint of perceived hesitation in the Fed’s plans to unwind its balance sheet and/or hike rates at year’s end will spark rapid moves in yields and equities. We believe the Fed’s resolve on both fronts will hold firm given the current 3% US growth rate and robust spending by both consumers and businesses.

Other than Fed official commentary, the focus this week will be on weekly jobless claims data, as markets search for the first signs of Harvey’s impact on the US economy. Following Hurricane Katrina, the spike in jobless claims came two weeks after the storm, while for Hurricane Sandy, the unemployment spike occurred only one week later. Regardless, while many jobs have surely been wiped out on the local level, we doubt overall US GDP will be impacted much, if at all, and that the America’s growth trajectory will remain sound.

Take-Away: The fallout from Hurricane Harvey will make the spectrum of economic indicators – from payrolls, to industrial production to housing starts –  more volatile over the next couple of months. The billion-dollar question is if such short-term volatility translates into lasting impacts on America’s economy and therefore the Fed’s monetary policy plans.

While its certain the regional economy in and around Texas will be affected negatively, history has shown that the ensuing repair efforts boost both investment and employment over the longer term. Just as Hurricane Katrina failed to sway the Fed from its gradualist path of rate hikes, Harvey will also fail to stall the Fed’s plans to begin its balance sheet unwind in Q4 and to hike rates either later this or early next year. 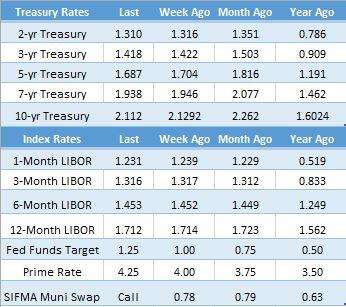 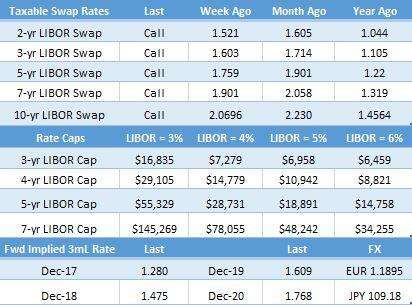