Last Week: Interest rates were mixed, and equities traded ever higher amid subdued, holiday-suppressed markets. The 10-year Treasury yield traded lower, falling to 2.34% from 2.37% the week prior as 1-month LIBOR continued to March higher to 1.3376% from 1.2942% over the same period. Oil and Gold rallied as the US Dollar weakened. Market volatility, as measured by the Chicago Board options exchange VIX index, fell to 9.67 from 10.65 a week ago.

Prospects for Tax Reform Dominated Headlines. Reports that the U.S. Senate will probably bring its version of tax reform legislation to a vote during the week after Thanksgiving were all over the news, and focused mainly on two things: Many middle class citizens will end up paying more in taxes; and depending upon how one calculates the costs and benefits of the bill, it could be expected to add too much to the deficit to be allowed to pass due to the “Byrd Rule” which limits how much debt can be added to the deficit. Regardless, it appears that the Senate is serious about passing a tax reform bill before the December 25th deadline set by the President.

Economic Data was mostly positive. Existing Home Sales increased by 2% over the prior month in October but were down by 0.9% YOY, Durable Goods Orders were down sequentially but remained higher than a year ago, as Consumer Sentiment rose more than expected.

FOMC Minutes Revealed a Stalemate. The FOMC meeting minutes from the Fed’s November 1st meeting revealed that the advocates of raising interest rates cited rising wage inflation while those against argued that inflation is too low. As is widely expected, the current strength in employment and industrial production implies a high likelihood in a hike next month.

This Week: Get ready for the black Friday/cyber Monday-driven onslaught of statistics seemingly concluding the spending vigor of the US consumer. Unfortunately, while convincing, history has shown that there’s little correlation between holiday-driven sales activity and consumer’s actual spending for the quarter. As such, we’re focusing on this week’s data spotlight, consumer confidence and household saving, for clues if the almighty US consumer will continue to drive America’s economic growth through year-end. In addition to data, markets are focusing intently on the Senate’s progress toward voting on its version of tax reform, which could come as early as this Thursday.
On the data front, recent reads of consumer confidence put the gauge at a 17-year high, as labor force tightening, low interest rates, inflation and the prospect of a tax-cut drive individuals positive view of the future. There is a dark side to the consumer situation however: The widening gap between consumer confidence and paltry wage growth. While we don’t expect a big change in Tuesday’s release of November consumer confidence data, we’re watching equity markets and the ever-changing probability for tax reform as guides to how the consumer feels and their likelihood to keep spending in the future.
Outside of data, markets will be focused on a full slate of speeches by Fed officials as well as on Fed Chair nominee Jerome Powell’s comments before the Senate Banking Committee. The Senate Committee begins hearings on Powell’s nomination on Tuesday, and markets will be listening intently for any sign that he could deviate from Janet Yellen’s leadership. We believe that his confirmation will proceed smoothly and that he’ll preserve continuity of Fed policy and stance. However, given that several key vacancies have opened in the Fed, it’s temperament could change considerably next year depending how vacancies are filled.

Take-Away: Odds for a 0.25% December Fed hike, currently at 97%, continue to stand high, and are unlikely to change much ahead of the Fed’s December 13 FOMC meeting. Given that a December hike is in the bag, our focus is turning to what the Fed will do next year under Jerome Powell’s leadership.

Based upon what we know about Powell so far, his views look to mirror Yellen’s: the economy is at full employment, inflation is “kind of a mystery” but will rise, supports gradually raising rates if the economy performs as expected, and believes in the Fed’s balance sheet normalization plan. As we’ll soon reveal in our annual interest rate forecast, set for distribution in early January, we believe the Fed will likely hike twice next year. However, given the flattening of the yield curve, we doubt we’ll see much more than two hikes as the Fed avoids inverting the yield curve and exposing the economy to recession in doing so. 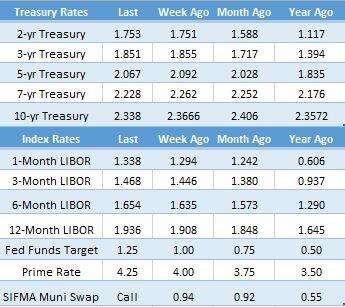 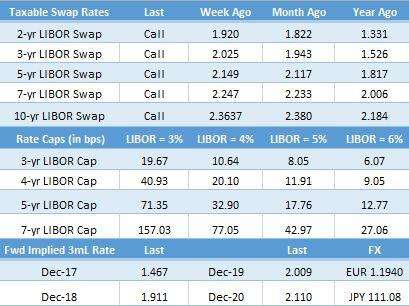 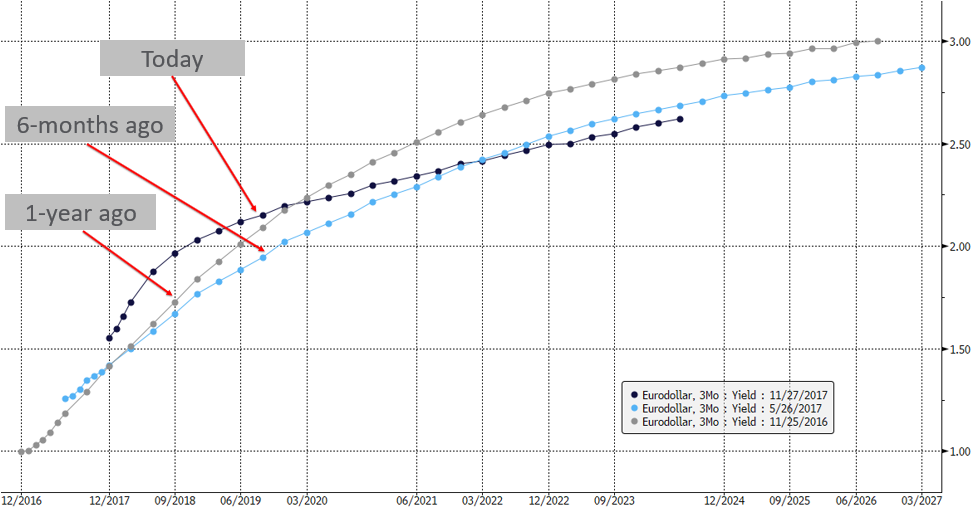