Last Week: Interest rate and equities remained mostly flat for the week, with the US 10-year Treasury note yielding slightly higher at 2.24% from 2.23% the week prior, and 1-month LIBOR finishing the week at 1.2383% from 1.2361% over the same period. Oil wrapped the week higher at $50.66, the US Dollar also strengthened slightly and Gold weakened. The Chicago Board Options Exchange Volatility Index (VIX) was flat at 10.0.

Fed held rates steady, will start reducing its balance sheet in October. As expected, the US FOMC announced that it would leave its benchmark interest rates unchanged but suggested that a hike is likely by the end of the year, and forecasted three rate increases in 2018 and two in 2019. In addition, Fed officials projected GDP to come in at 2.2% this year, slightly higher than their expectations back in June. They also reduced their inflation expectations from 1.7% to 1.5% and now expect that inflation will not reach 2% until 2019. The Fed also announced plans to start reducing its $4.5 trillion balance sheet of Treasuries and mortgage-backed securities next month. It will roll off $10 billion initially and then increase the cap by $10 billion every quarter until the total reaches $50 billion.

US home resales dropped to 12-month low. US home resales fell 1.7% to a seasonally adjusted annual rate of 5.35 million units in August, the lowest since August 2016. A sharp decline of 25% year on year in home sales in Houston, related to Hurricane Harvey, accounted for most of the overall decline in sales. The South saw a 5.7% decline. Continued aftereffects of the hurricane are expected to negatively impact home sales in September.

What to Watch This Week: Data on August consumer confidence, personal income and spending takes the spotlight this week as markets seek to assess the degree to which the US economy’s primary growth engine – the consumer – is faring after Hurricanes Harvey and Irma. Consumer confidence soared to a 16-year high after the election, only to cool after prospects for pro-growth policies on health care, trade and tax reform faded. Although still elevated, consumer hopes for a brighter future and their ensuing willingness to spend now have likely taken a small hit after Harvey and Irma, but it likely won’t last, as markets are increasingly expecting the negative impact from the storms to economic data to be muted and temporary.

Other than economic data, a full calendar of scheduled speeches by Fed officials awaits, the most important of which is Tuesday’s keynote address by Fed Chair Yellen at a business conference in Cleveland. After her lengthy post FOMC press conference last week, and the ensuing tame market reaction to the announcement of the balance sheet unwind, we doubt she’ll offer any additional insights.

Take-Away: Last weeks’ FOMC meeting painted the picture of a Fed that’s much more inclined to hike in the near term than was expected beforehand. Citing the US economy’s strong momentum in job growth, gradual upward pressure on inflation and the limited impact of past rate hikes on the broader economy, the Fed feels justified in broadcasting that it will hike again late this year, and that it expects to hike three times in 2018 and twice in 2019.

Since a 0.25% Fed hike in December is back on the table, markets will be scouring upcoming Fed commentary this week for clues on the economic conditions under which the Fed would hold-off on hiking in December. Outside of a nuclear war with North Korea, the biggest risk in that regard is the financial market’s longer-term reaction to the Fed’s balance sheet unwind. While the Fed should be commended for formally announcing its start last week with minimal market fallout, it’s anyone’s guess how the market will respond when the unwind is actually happening, in October 2017 and beyond. 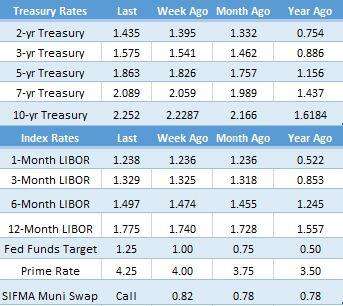 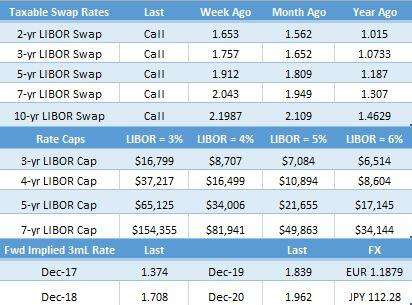 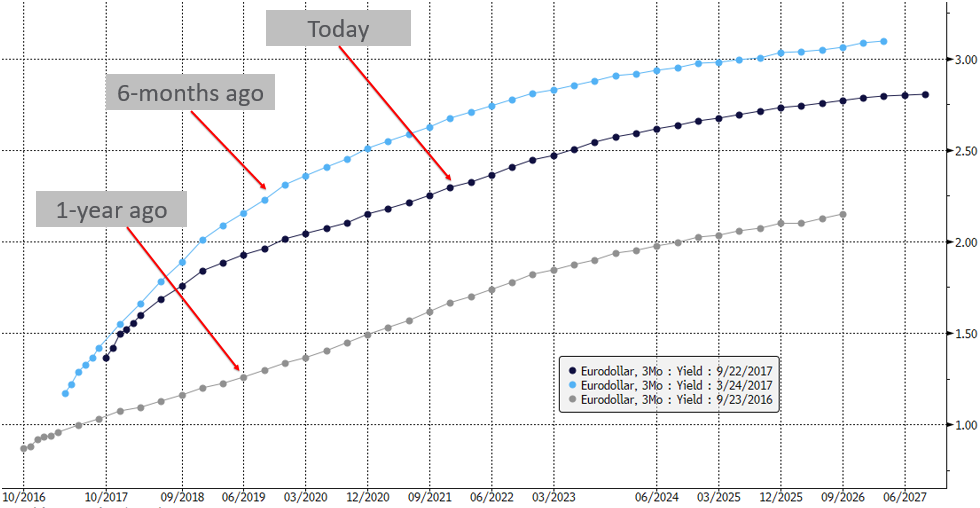