Last Week: As widely expected, the Fed held off hiking rates or altering monetary policy in any way last Wednesday. In what’s being deemed the “hawkish pause”, the Fed further sharpened the market’s focus on December as the mostly likely time for the next rate hike. The meeting take-away was that the Fed believes the case for a rate hike has strengthened but that it can still afford to be “patient and deliberate” in contemplating any action to hike interest rates.

This Week: The week ahead has a busier data calendar than usual, though largely of second tier releases. What should be a mixed set of data could mean more attention on what is a busy Fed speaker calendar, which will hammer home the “hawkish pause” message theme Yellen did her best to impart last week.

Markets will be spoon fed a bevy of economic measures throughout the week including gauges of new home sales, manufacturing, residential house prices, consumer confidence, durable goods purchases, and the biggest of the week, the third revision to Q2 GDP, expected to be revised upwards to 1.3% from 1.1%.  If this is the case, growth in the first half of 2016 will average just 1.1% – far short of what most would consider a scenario where the Fed is allowing the economy to overheat.  The Fed’s full year GDP forecast is 1.8%. In order to meet that, we’ll have to average 2.5% growth in the second half. It’s possible, but will likely be a stretch.

A full calendar of Fed speakers this week will drive home the Fed’s “patient and deliberate” message. While speeches by Fed officials pepper the week, the heaviest day is Thursday, with moderate non-voters Harker and Lockhart, moderate voter Powell and dovish non-voter Kashkari on tap. Near the North American close Yellen will address a minority banking conference, and is expected to repeat her message from last week’s FOMC meeting if she address monetary policy at all.

The early interest this week arguably comes not from economics but politics, with the much awaited first presidential debate tonight. Any perception that Trump does well, holding his own or deemed to “win” the debate, has the potential to spook US equities and dollar. For interest rates, any Trump success would provide support, as his anti-Fed stance and bond default rhetoric doesn’t inspire owning government debt. How interest rates react to the Trump performance this week will be a useful early pointer on how the market intends to play it ahead of November.

Take-Away: We’re firmly in the December hike camp, although it will be upcoming economic data that will justify any increase in interest rates. The Fed will only hike if economic growth in the second half of the year looks to outpace the first, and that will largely depend on spending by individuals and households, not businesses. Recent gauges of purchases of big ticket items and general goods have painted a lukewarm picture, thus most economists believe that spending on services will have to do the heavy lifting if we stand any chance of getting there.

The Fed continues to reiterate the fact that economic data drives its actions, and there is plenty of data to digest between now and December. We’ll specifically be watching the three jobs and retail sales reports that lie ahead and their influence on the Fed’s closely watched gauges on inflation. If consumers engage in out-sized spending over the next several months, inflation will rise and the Fed will hike. 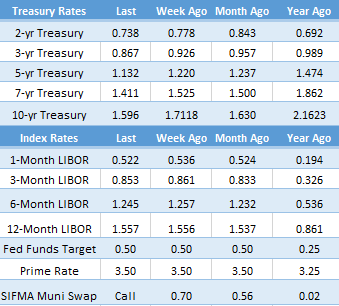 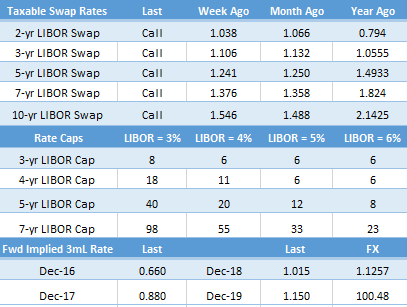