Last Week: A week of virtual free-fall in yields across the curve as bank pressures and European political concerns continued to interplay and feed on each other. Equities, yields, and Oil all traded lower and the havens of gold and the Japanese yen traded higher as investors sought safety amid the uncertainty.

The persistent themes of lackluster global growth, the potential fallout from the UK’s choice to leave the European Union, the effectiveness of Central Bank policies and worries of deflation seemed to have finally permeated the markets psyche to the downside. The 10-year Treasury declined 6bps to 1.6404%, while 1-month LIBOR climbed 1 bps to .4465%.

This Week: The market’s attention will be mostly focused on this week’s two key central bank meetings, namely the Fed on Wednesday and the Band of Japan on Thursday. After May’s very weak jobs data, the FOMC looks likely to leave rates unchanged, with focus on any hints for July’s meeting. We don’t expect to learn anything new from the official meeting statement but Yellen’s press conference should make it clear July is a “live” meeting, dependent on economic data of course. We expect Fed officials to signal increased uncertainty and make fairly small changes to their projections for the economy and their policy.

Tier-1 economic data releases are on tap throughout the week. The most notable being Thursday’s consumer-price index report for May. We’ll be watching for more evidence that inflation is firming. April’s gauge rose 0.4%, the fastest monthly pace in more than three years. Any continuation of the recent trend bolters the case for a Fed hike.

Tuesday’s retail sales report is also in the spotlight as markets watch to see if better consumer spending extended into May. Retail spending in April increased 1.3%, the fastest pace in more than a year. Continued momentum would reinforce the view that economic growth is accelerating during the second quarter. Retail sales is a very important gauge of economic activity as consumer spending accounts for two-thirds of economic output.

Wednesday’s May industrial production report is also highly anticipated this week. Output from factories, mines and utilities surged in April, but was largely due to winter weather effects. Manufacturing output has grown very slowly from a year earlier and mining, including oil drilling, has fallen sharply.

Take-Away: We`ve seen these stumbles many times before – they tend to persist until a type of short-term resolution calms things down. In this episode, the proximate event risk of course is the UK BREXIT referendum – still looming in the shadows while at the same time being annoyingly far off to offer any immediate closure.

Despite this week’s Fed meeting and a slate of very important economic data, it is difficult to see beyond the resolution of the UK BREXIT vote at present. There is not really much for the market to do but wait. The Fed is clearly “on-hold” for June, while any move in July will be heavily colored by perceptions about the UK referendum result. A `remain` outcome is needed to reinstate a relatively low-bar data-dependency for the Fed so any commentary from Yellen will be viewed through that prism. A `remain` UK vote combined with a decent set of US data – including payrolls – could very easily put a July Fed hike right back on the map. The UK referendum takes place on Thursday June 23rd. 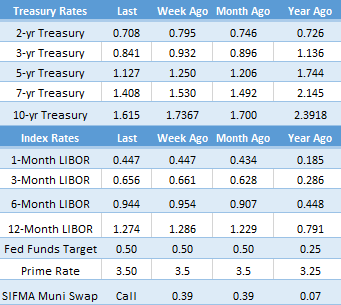 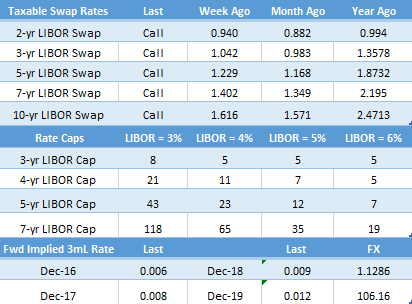