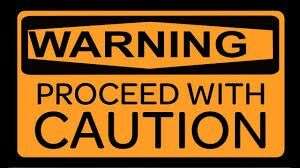 As we embark upon a new year, it’s worth taking a quick look backwards to best assess the future. The coming of 2020 wraps up a wild decade. 2010 started with animal spirits left for dead by the financial crisis, but 2019 has ended with equities near record highs, volatility and inflation vanquished, the credit super-cycle on steroids and ultra-low global interest rates. Many are still haunted by the ghost of the Great Recession.​

2019 saw a continuation of 2018’s chaos, as investors dodged political bombs, unpredictable trade wars and ever-present recession fears. Yields mirrored the uncertainty; as the US 10-year Treasury yield traded in a 1.46% – 2.78% range, the fourth widest since 2010, every spike in the yield proved to be a short-term head fake. Ever-lower rates were fueled by the Federal Reserve’s pivot from a hawkish posture to dovish, manifested with three cuts to its Fed funds target rate before settling the year in neutral. Surprise and unwanted spikes in LIBOR’s replacement, SOFR, rattled markets and spurred questions about the smoothness of the transition.​

2019 began with expectations of a meaningful slowdown in global growth, which largely came to pass. 2020 does not, as economic expansion in the world’s advanced economies is set to modestly advance. Interest rates will be chained to their ranges amid a Fed on hold, lingering trade wars, geopolitical flare-ups and election uncertainty. Trade policy remains the key unknown for the year ahead, when a far-reaching US-China compromise seems unlikely. The impact on emerging markets, negative fallout for U.S. businesses, and its effects on the confidence and spending patterns of consumers will drive markets in the year ahead.​

In the following pages, we review the primary drivers for interest rates in 2020, then outline several possible scenarios for the year, each with a unique set of short and long-term interest rate forecasts. ​

Regardless of the path ahead, we’ll see a continuation of political challenges, both domestic and abroad, low but respectable economic growth, slower but solid job creation, rising wages, nascent inflation, flat yield curves and anchored long-term interest rates. For borrowers, this equates to stable or declining interest expense, low swap rates and inexpensive interest rate caps in the year ahead.​

Let’s Have Some Fun – Use the form below to Enter and Win Prizes!

Good Enough for the Fed
Scroll to top