Names can have negative or positive connotations.  In the financial world, some infamous names come to mind, such as “Ponzi” and “Madoff” that evoke feelings of dishonesty and scandal, based on the enormity of their respective thefts.  We have never met anyone with the last name of Ponzi, but we’re sure there are a few Ponzi’s amongst us.  We didn’t spend too much time researching how many Ponzi’s or Madoff’s changed their names, however we could assume many did.  Any financial institution reviewing resumes would have second thoughts about hiring someone with a name associated with a couple of the world’s most famous crooks.

The point is that if a name that has been sullied and vilified to such an extent, often-times it cannot be saved.  The same logic can be applied to the names of financial indexes. LIBOR, once called the “world’s most important number,” is an index which has, for almost 50 years, represented the cost for financial institutions to borrow from each other. It’s now associated with manipulation, collusion, and corruption.  As such, something had to be done to rid the world of LIBOR forever.  Thus began the search for a new rate that would evoke trust, credibility, and freedom from manipulation.  A committee was formed, ARRC, to come up with an alternative to replace and eliminate LIBOR by all means necessary. Great idea, because the world is waiting.  Mervyn King, British economist and former governor to the Bank of England, eloquently referred to LIBOR during the 2008 financial crises as “the rate at which banks do not lend to each other.”

It was determined by the committee that LIBOR should be executed at the end of 2021 and replaced by the Secured Overnight Financing Rate, aka “SOFR”. The new index is not a measure of the borrowing rate between banks like LIBOR, rather it is a risk-free rate calculated from repurchase agreement (“repo”) transactions which are collateralized by US Treasuries.  So far so good, essentially a risk-free index with no apparent ability to be manipulated, and the Federal Reserve is behind it.  You can’t get any better than that.  Problem solved, right? Wrong.

We agree LIBOR must go away, but what is this beloved new alternative rate and how is it going to make us sleep better at night now that the nefarious LIBOR has been banished to the underworld?  Our team has been conducting LIBOR-SOFR transition seminars for the past year, and over time we began to question the viability of this alternative rate.  Lawyers, bankers, accountants, and bloggers are now expressing doubts about SOFR and are beginning to raise concern over its implementation.

What if we just stick with LIBOR and call it something different and add more inputs to the calculation?

The Intercontinental Exchange (“ICE”), the current administrator for LIBOR, has a plan to do just that.  It’s called the “Waterfall Methodology”.

Take-Away:  The LIBOR name needs to be banished from finance, no doubt, but does that mean that its replacement has to function so differently?  Consider all of the ramifications to existing loan agreements, derivative contracts, interest rate calculations, alternative rate language, industry-wide support and let’s not forget back-office loan processing systems.  It’s like Y2K for the financial markets and is mindboggling just to think about all the details.  SOFR is a reality, but we are going to be an outlier and suggest that SOFR will not be the only alternative rate that’s used at the end of the day.  If we are correct in our assumptions, we should start receiving calls from CNBC and all the business news channels for interviews on how we came up with such a bold forecast.  It will be several years before we find out.

Not sure how LIBOR’s transition to SOFR will impact you? Want to know more about the mechanics of the change and how your business could be exposed? Contact us for a free, no obligation deep dive into how best to prepare.

Clearly there is a relationship between the indices, but SOFR as an overnight rate is more volatile 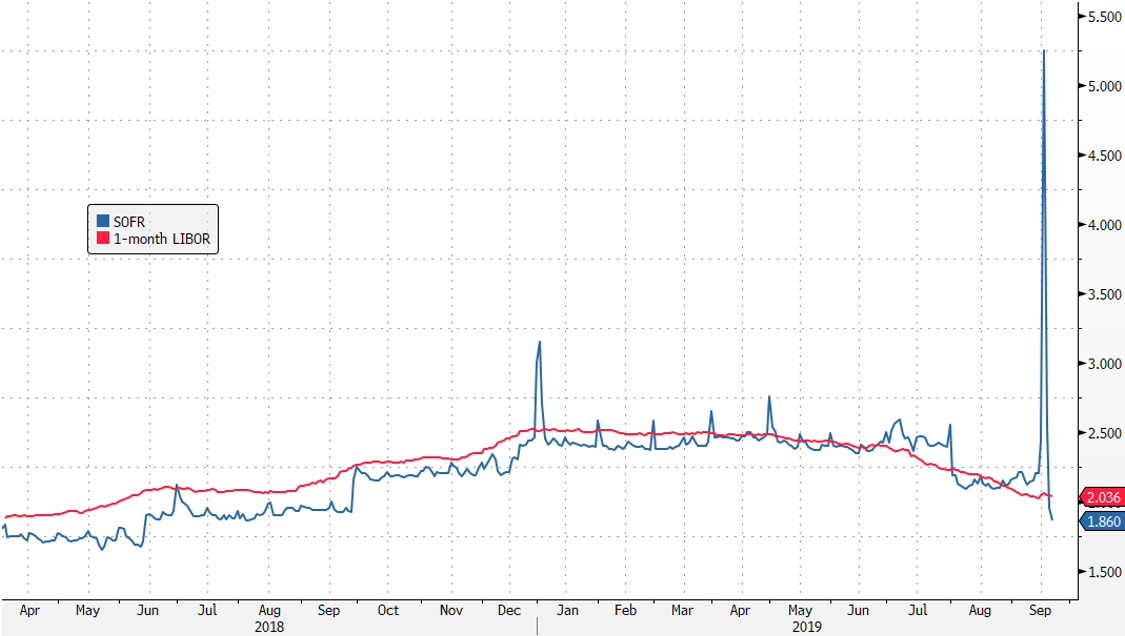 SOFR is highly correlated to Repo rates, as it should be, but the difference is SOFR is calculated as a volume-weighted median of Repo transactions 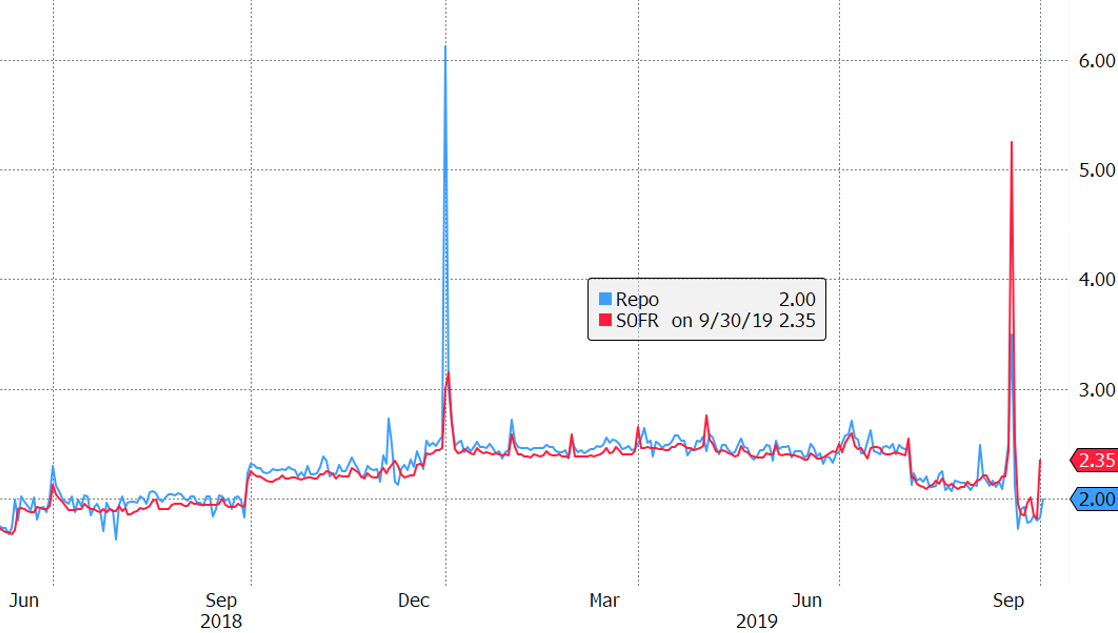 SOFR versus Other Overnight Rates

Overnight rates move in tandem, however when there is credit stress or supply/demand issues, dislocations become apparent 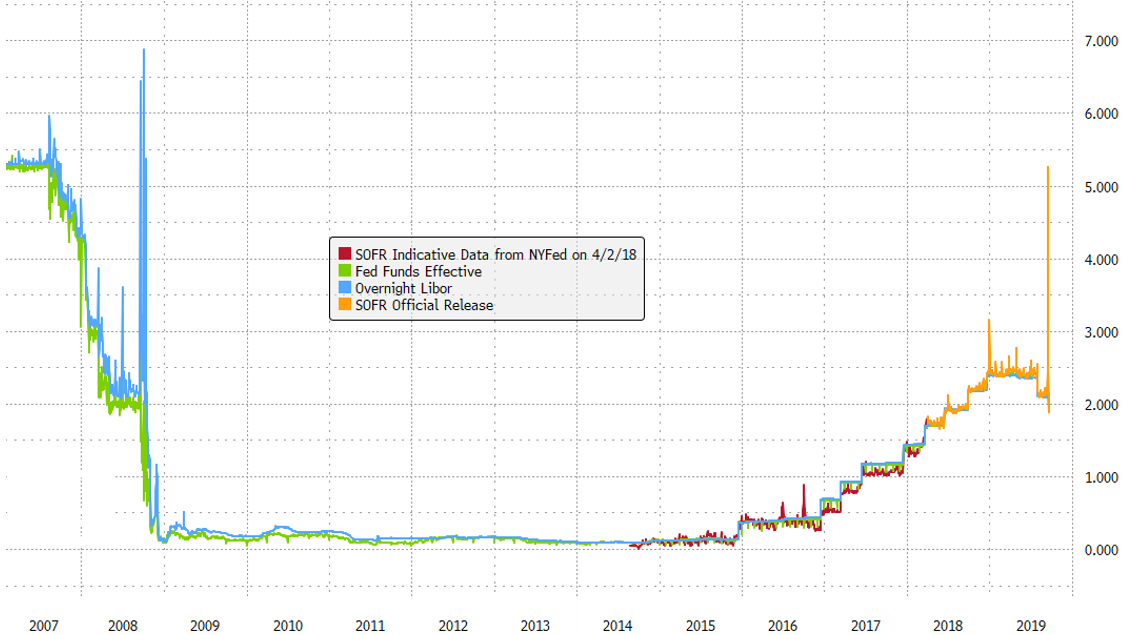 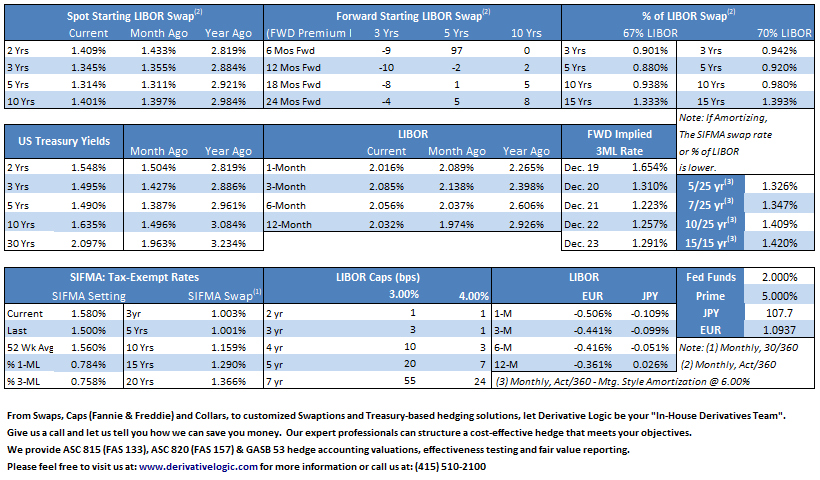 Consumers to the Rescue
Scroll to top