Last Week: Interest rates were mixed while equities were slightly lower despite very strong earnings reports and a very busy data and event calendar. Yields on US 10-year notes were unchanged at 2.96%, while 1-month LIBOR notched higher to 1.9277%, as last Friday’s employment report showed only very modest wage pressures. The US Dollar strengthened while Gold traded flat. Oil prices firmed amid growing speculation that the US will pull out of the Iran nuclear deal, which would likely result in renewed US sanctions. Treasury market volatility, as measured by the Chicago Board Options Exchange Treasury Volatility Index (TYVIX), declined to 3.71 from 3.93 the week prior.

The Fed stood pat on rates as a hike in June became nearly a sure thing. America’s central bank left interest rates unchanged after its meeting last Wednesday but did nothing to dissuade investors from pricing in a 0.25% rate hike at the June meeting. The Fed acknowledged that inflation had moved closer to its 2% target but noted twice in its statement that the inflation target is “symmetrical” and not a ceiling. Markets read this to mean that the Fed isn’t concerned about a modest near-term overshoot above its 2.0% inflation goal, implying that should inflation overshoot it, it won’t necessarily result in a change to the Fed’s slow and steady path of future rate hikes. Markets are still split over whether the FOMC will hike the fed funds target two or three times more in 2018.

US unemployment rate fell below 4%. The US unemployment rate fell to 3.9% in April from 4.1% in March, the lowest since December 2000. As indicated in the April jobs report, non-farm payrolls rose a less-than-expected 164,000, but February and March payrolls were revised up by a net 30,000. Wage growth remains tepid as average hourly earnings advanced by only 0.1% in April despite what appears to be a tight labor market. As we have said repeatedly, until the tight labor market translates into higher wages for consumers, the Fed won’t deviate from its gradual path of interest rate hikes. Last week’s jobs and wage data solidified our belief, and we expect to see two more 0.25% hikes this year; the next one in June and the last in early Q4.

US – China trade talks fell flat. A high-level delegation of US trade negotiators left Beijing on Friday after two days of talks with no breakthroughs and without any tangible results. China’s official news agency said that both parties reached agreement in some areas but that there remained significant disagreement over certain issues.  Among the thorniest issues is a demand by the US that China halt subsidies to favored industries that are part of the government’s Made in China 2025 initiative. Both sides agreed on the need for more dialogue to ease tensions. While we maintain our view that an all-out US-China trade war will be avoided, the tit-for-tat spat is still very much alive and will have sudden, unexpected effects on interest rates as it evolves. Ignore the trade issue at your peril.

What to Watch This Week: In comparison to last week’s data and event deluge, this week’s calendar is a light one, with only two events worthy of your attention: 1) Fed Chair Powell’s scheduled speech in Zurich on Tuesday, and, 2) Thursday’s release of the latest read on US inflation.

We see Fed Chair Powell as essentially a “Janet Yellen 2.0”, in that we expect he’ll continue to carry-on his predecessor’s gradual, “slow and steady” mantra of rate hikes. Thus far, he’s done just that in his words and actions and we expect this week’s speech to hammer the message home once again. Regardless of what we think, markets will parse every syllable of the speech for a peek into the future pace of Fed rate hikes. Market consensus is teetering between two or three more 0.25% hikes this year. Again, we expect just two, but will re calibrate should consumer’s wages post noteworthy, successive increases. Chair Powell’s speech is accompanied by other Fed speeches this week, but his is by far the one to watch.

On the data front, Thursday’s Consumer Price Index (CPI) for April, one of the Fed’s most favored inflation gauges, takes the spotlight.  It will likely show inflation above 2% (the Fed’s widely publicized target, and one which some believe a breach of which would spark a more accelerated path of Fed rate hikes) on a yearly basis, thanks to rising gas prices if nothing else. Of the myriad aspects of the CPI report, we’ll be focusing on the trend in core services prices, where rising labor costs would have the greatest impact. A spike in prices in this area would do the most to inspire the belief that inflation is indeed here and on the rise and once again invigorate the two vs. three more hikes in 2018 debate.

Take-Away: After eclipsing the well-publicized and over-hyped 3% threshold in recent weeks, only to fall just below that level and stay there immediately thereafter, markets are bewildered about where the 10-year Treasury yield is headed next. We believe the 10-year Treasury, along with its 2, 3 and 5-year counterparts, will trade within a tight range for the near term. The catalyst for big moves in yields over the last several years – economic data that strongly beat expectations – is evaporating as economic forecasts and data become more aligned and big gains in the near-decade long US economic expansion are harder and harder to come by. Think about it: the consumer accounts for 75% of US GDP and their confidence in the future stands near its 20-year high. Business spending is also robust. Unemployment is at a 18-year low. Capital expenditures by the S&P 500 companies is tracking at +24% year over year. Even though no one really expects an economic recession anytime soon, outside of geopolitics and the Fed, there is little reason for yields to suddenly spike until some new phase of America’s decade-long expansion comes into view. Sure, rates will rise in general, but it’s likely to be a slow, boring ride getting there. 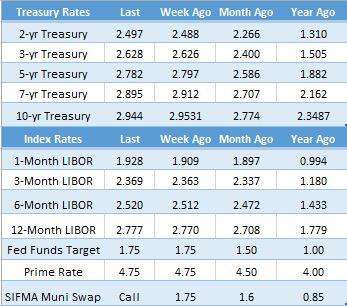 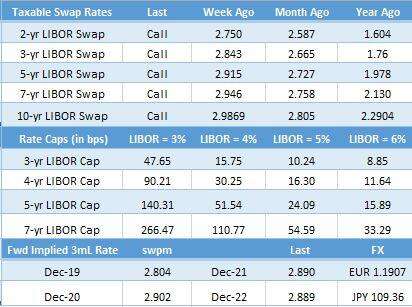 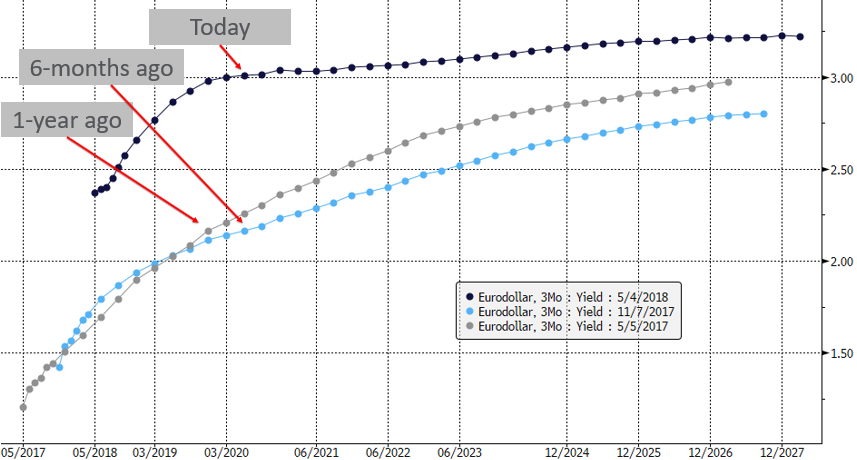 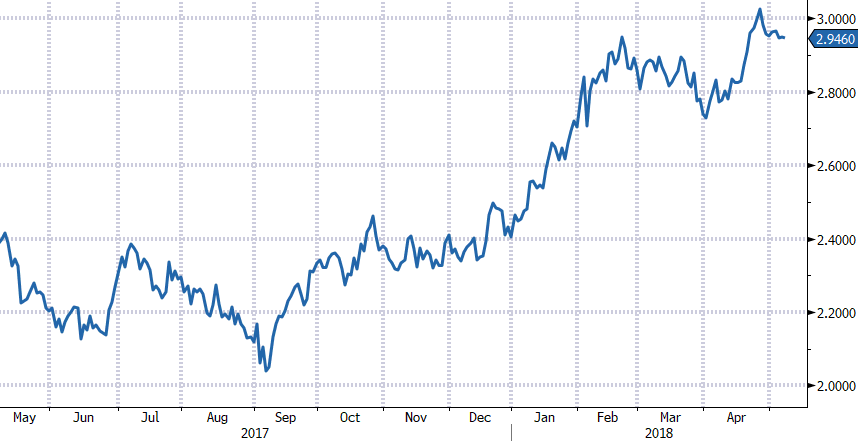 Click here for more DL Reports
Fed’s Resolve is Proving to be the Right Call as Inflation Pressures ... Scant Signs of Inflation Imply Only Two More Fed Hikes This Year
Scroll to top